Each clan has the right to make 3 teams such as Bh-A and Bh-B and Bh-C is just a example, the tag can do as they wish or you can make only one Team.
The type of Game will be 3v3 where they are registered subscribers are 5 players per team (two alternates to replace someone who is missing). So the players of 1st team can't play in the 2nd Team or clan.
P.S Only the subscribers can play!
Maps Server:

Hello! Wellcome to our forums and thanks about the clan war request. Only the OFICIAL clan wars, are really oficial when there are posted in here.
Why? Bc the clans war Leader (Jackbauer) and the Leadership have to put rules and to decide who are the best skilled player to play the war if is aproved.
He will answer this request if is accepted and both clans have to be agree with the rules.
By the moment, i just can say that we DONT PLAY using Pepper Gun or Pepper Spray or Noob Tube (Granade luncher).
If you ask why? well, we will tell you this.
We considerate that weapons REALLY REALLY NOOBS, (same the ppl that use it) bc are guns that doesnt need ANY SKILL and we love the Pepper but in the food no in our faces xD.

So Again Wellcome to our forums again and we glad to se your registration in here, (i already did the same in your web site) :)

What server are this rounds gonna be played? 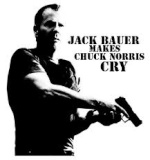 maybe sh will help us in this or we can play 2 round in both, like 2 in yours, and 2 in our

Sounds good! we are in!
I will post here later my roster to play!
Please! tell all u know about dates amnd matches
And clans who are in!

we can play in this server!
www.brotherhoodtss.tk server


Tell me clans who plays and Time Zones!

and maybe tomorow we play

It was this but unfortunaly! after post
i realize how is this tounament going to be played! lol

This is your table! 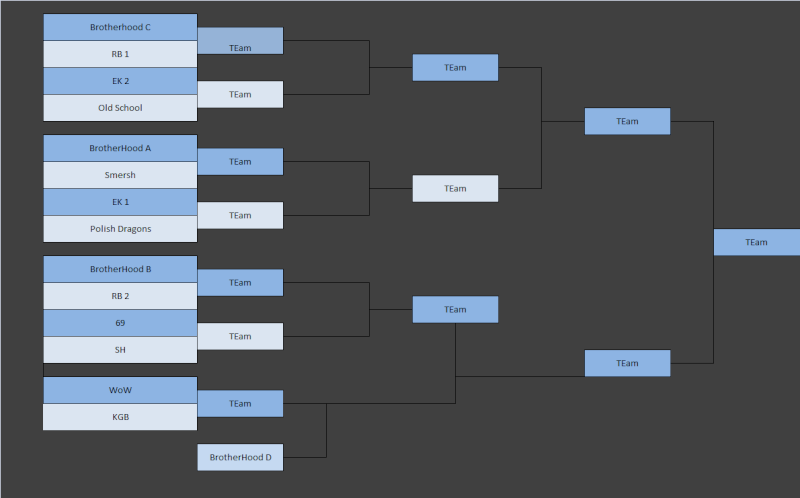 Woww! i dont where this idea come from.. and i dont know how clans
would acept play this tournament...Of course »69!«Clan wont play..

This is the most unfairless "tournament" i ever seen! LOL

If you dont win in the first team! then have change with the second,
if the second doesnt eiher then the thirth team!..
if the thirht one dont pass either..then the team D is already passed! OMG!! jaja!!

This is a fixed tournament! lol!!